RPG Revenant Saga for Xbox One and Windows 10 devices: Become a Revenant and find the truth that lies beyond revenge!

April 17, 2019 - KEMCO proudly announces the release of Revenant Saga for the Xbox One family of devices including the Xbox One X, and Windows 10 PCs set to hit the Microsoft Store today. Standard price is USD 14.99.

Who will it be that saves mankind?

Albert, a conflicted young man possessed by a demon, yet trying to live his life as an ordinary human? Or Esther, a young woman who has seen Rystoria in vision, and possesses holy powers? Find out as the many bumps and mountains their journey takes them over begin to unravel the truth!

Smooth controls and a fluid camera make 3D battles in Revenant Saga stress free and perfect for console systems! In addition, powerful skills with brilliant effects enhance the gaming experience like never before! And with auto and semi-auto functions, battles are as simple as the touch of a button!

Transform and Lay Waste to the Enemy

Transforming in battle morphs characters into more powerful beings. While in this state, damage dealt increases, damage received decreases, and new, powerful skills become available. The crux of this, however, is the inability to restore HP or revive a swoon party member. This makes it critical to monitor HP at all times and untransform if necessary. 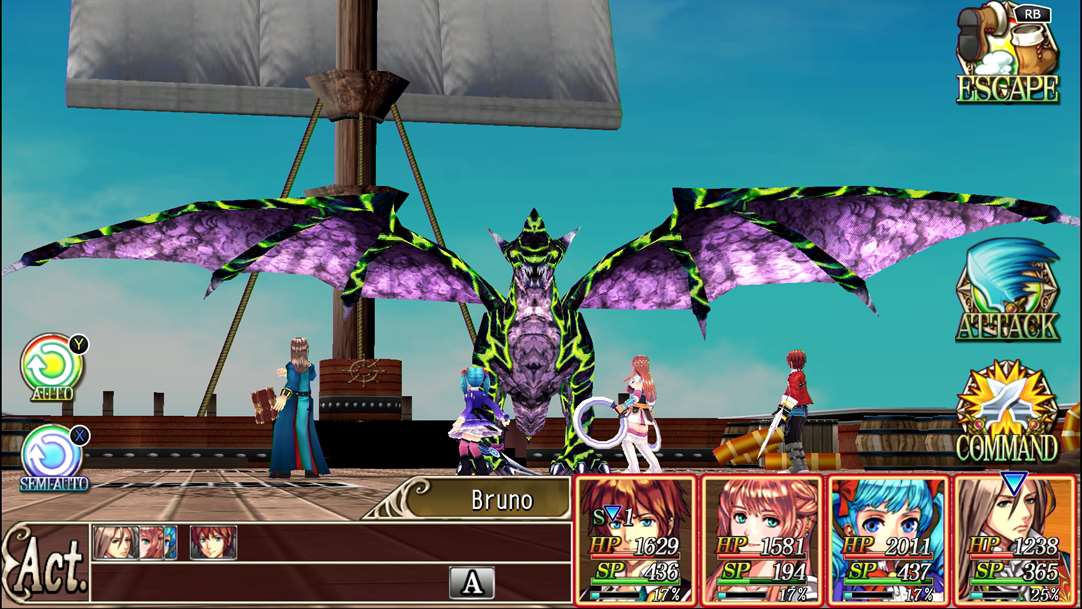