RPG Legend of the Tetrarchs for iPhone/Android™: What would you do if someone opens up a scar with overflowing darkness? Of course, run for the four legendary heroes!

March 20, 2019 - KEMCO proudly announces the release of Legend of the Tetrarchs set to hit the Google Play Store™ and App Store today. Standard price of the full version is $8.99 for Google Play, $7.99 for the App Store.

A profound tale about four heroes of legend!

Overflowing darkness...
People mutating...
Beyond the chaos, tear through the darkness!

Legend of the Tetrarchs is a fantasy RPG featuring turn-based battles and many classic features from subquests to treasure hunting, all what a core RPG player would expect!

Adventure around an expansive world

Travel around the expansive map of the game, and visit new lands. Through deep forests, across snowy mountains, and to the world of the Firmament! The whole world is here in this game.

Battles feature commands, and are turn-based. Each single decision is important. Enjoy the unusual depth of the battles, where normal attacks and defense are both necessary. The bosses lying in wait are powerful and can't be dealt with easily, but work through the thrills to seize victory.

Battles change with the number of allies

You can have up to 10 allies! Each character has their own personality. Choose four allies you like, to face the enemy with you. Use evasion strategies, or form an impregnable wall... Your battle tactics are up to you!

Towns and dungeons are illuminated in a warm light. The animation of the enemy monsters is so impressive! The menu screen is inhabited by tiny characters. As you progress through the story, you may even come across super-detailed trains and machine warriors!

- Recovery after each battle
HP is restored after the end of battles, so you can concentrate on each battle individually.

- The treasure system
No supplies! There are no items, such as for recovery, that get used up. Instead, each time you gain items known as 'treasure', characters are strengthened.

- Auto battle
The game features auto battle, at up to 3x speed. As you raise your characters' levels and become stronger, you can deal with small-fry monsters without skipping a beat. 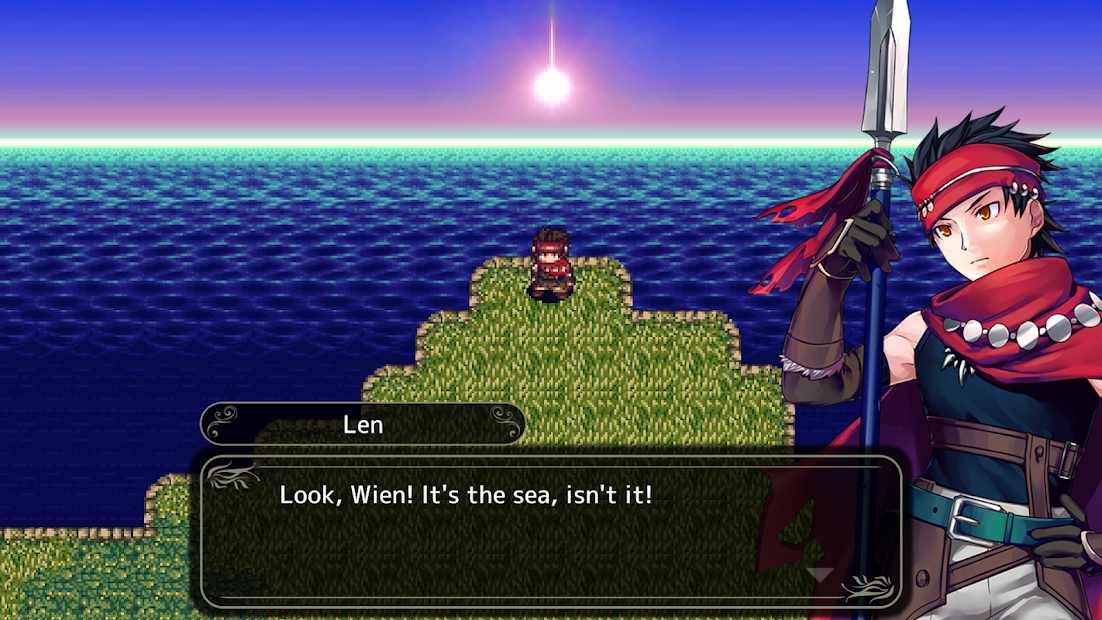 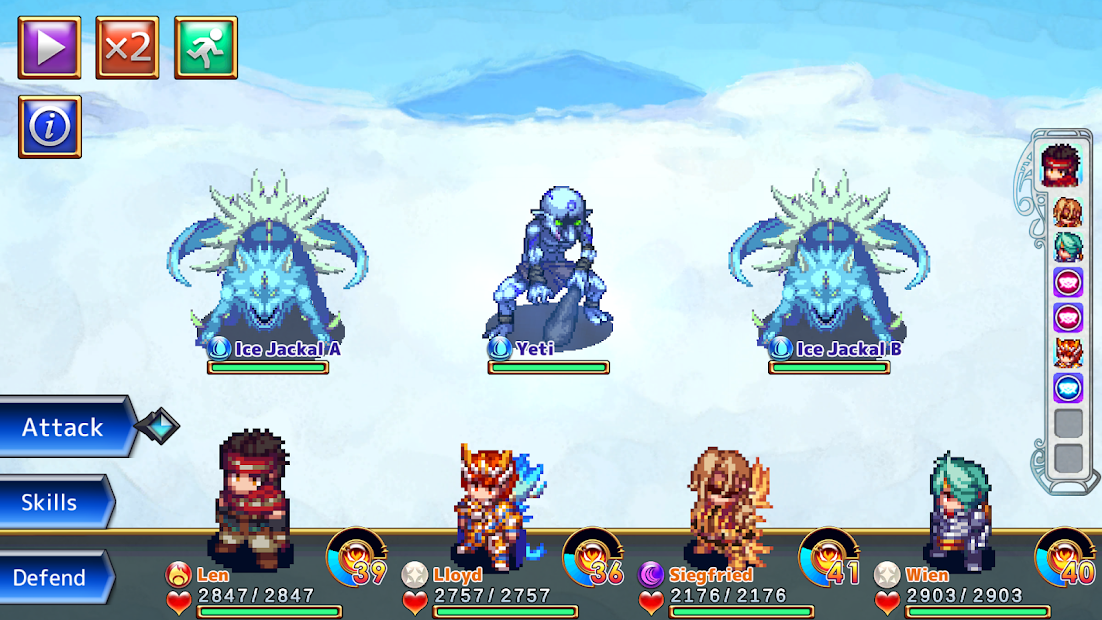 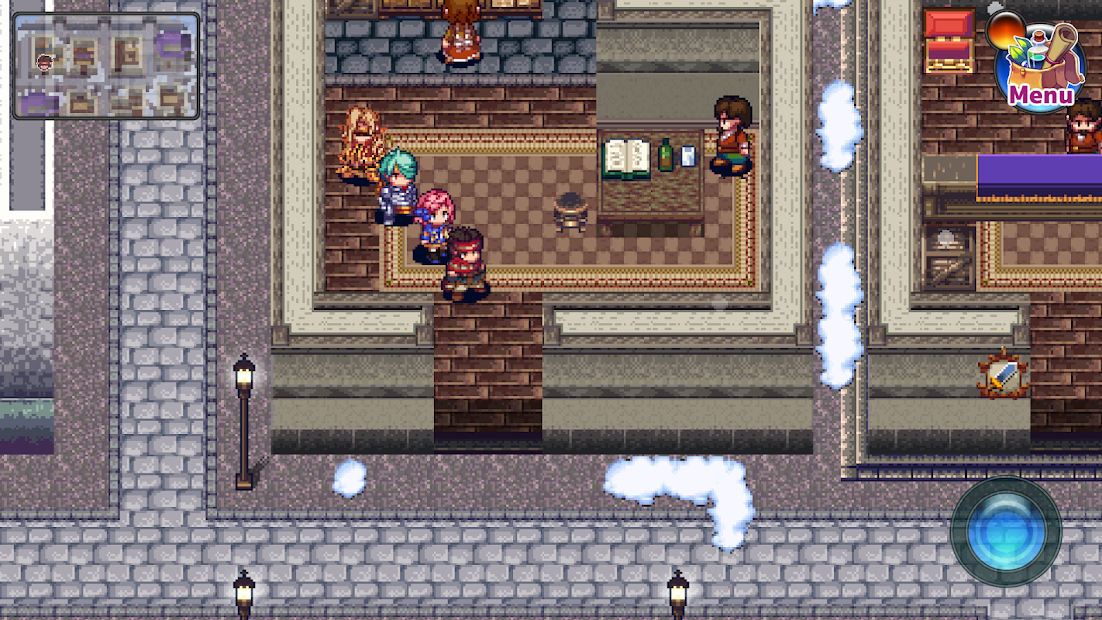