RPG Chronus Arc for Android™: Venture through puzzle-filled dungeons, to bring the past back to the present!

February 2, 2017 - Higashihiroshima, JAPAN - KEMCO proudly announces the release of the Freemium edition of Chronus Arc set to hit the Google Play Store™ today. The freemium app is made available for free!

Dungeons with Puzzles to Solve

The puzzles in dungeons are one of the major features of the game. The puzzles include switches, boxes, pots and other features, and it's necessary to solve the puzzles before you can progress! Sometimes you might even need to make use of the enemies prowling around! Even if you fail to solve a puzzle, you can reset it with just a button press, so it's easy to try as many times as you want to.

Characters become stronger with each class change, so it's a good idea to change regularly! Even after a class change, any learned magic and skills will not be forgotten. Change classes as you want, to develop characters that are uniquely your own! 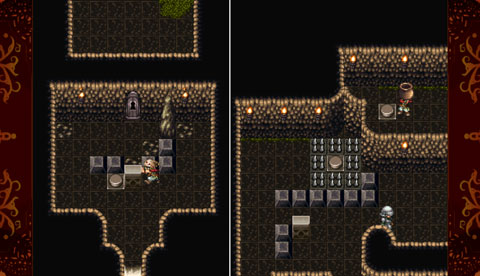