RPG Asdivine Saga for iPhone/Android™: Uncover the evil machinations behind a warring kingdom in a fantasy RPG!

January 7, 2021 - KEMCO proudly announces the release of Asdivine Saga set to hit the Google Play Store™ and App Store today. Standard price is $6.99 for Google Play, $5.99 for the App Store. A freemium edition with in-game ads that can be removed through in-app purchases is also made available on Google Play in selected countries.

What will Vyse and his trio of lovely companions discover as they seek to uncover the evil machinations operating behind the scenes of this sudden war that is slowly engulfing the world? Come join them in what is sure to be a wild ride full of comical heroics and crazy antics that you will not soon forget!

As a shinobi, Akane has the ability to combine items, and unleash a variety of special attacks in battle!

By equipping spirits, sub-elementals can be leveled up, and magic can be learned based on their elementals. Spirits also make it possible for powerful skills called "Trust Charges" that can turn the tide of battlefield to be used. In addition, rings that can be equipped as accessories are also able to be synthesized and upgraded.

Increase Trust with Companions and...!

Depending on how he responds to his female counterparts, Vyse can build relationships of trust with them. Moreover, by growing closer to them, who knows what the future will hold...?

The Whole Kit and Caboodle!

Packed with all the usual content fans of the series have come to expectーthe battle arena where Maidame Curie runs the show, a weapon upgrade system used to enhance the party's weapons of choice, and levels that go all the way up to 999ーplayers can enjoy the world of Asdivine to their heart's content! 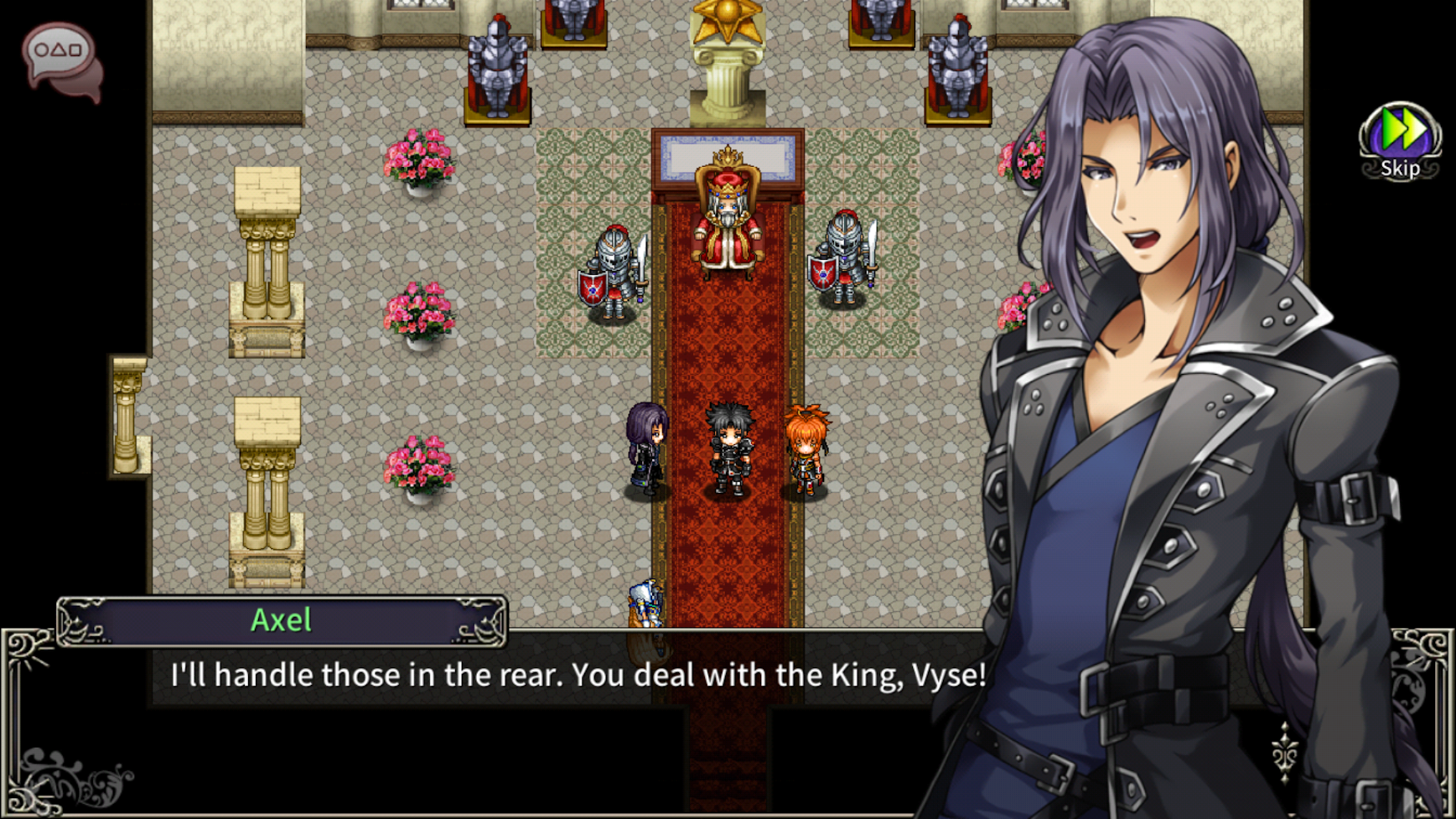