November 8, 2019 - KEMCO proudly announces the release of the physical package of Alvastia Chronicles available through Limited Run Games today. The game is made available for PlayStation®4. Standard price is $29.99. For more information, please visit limitedrungames.com. 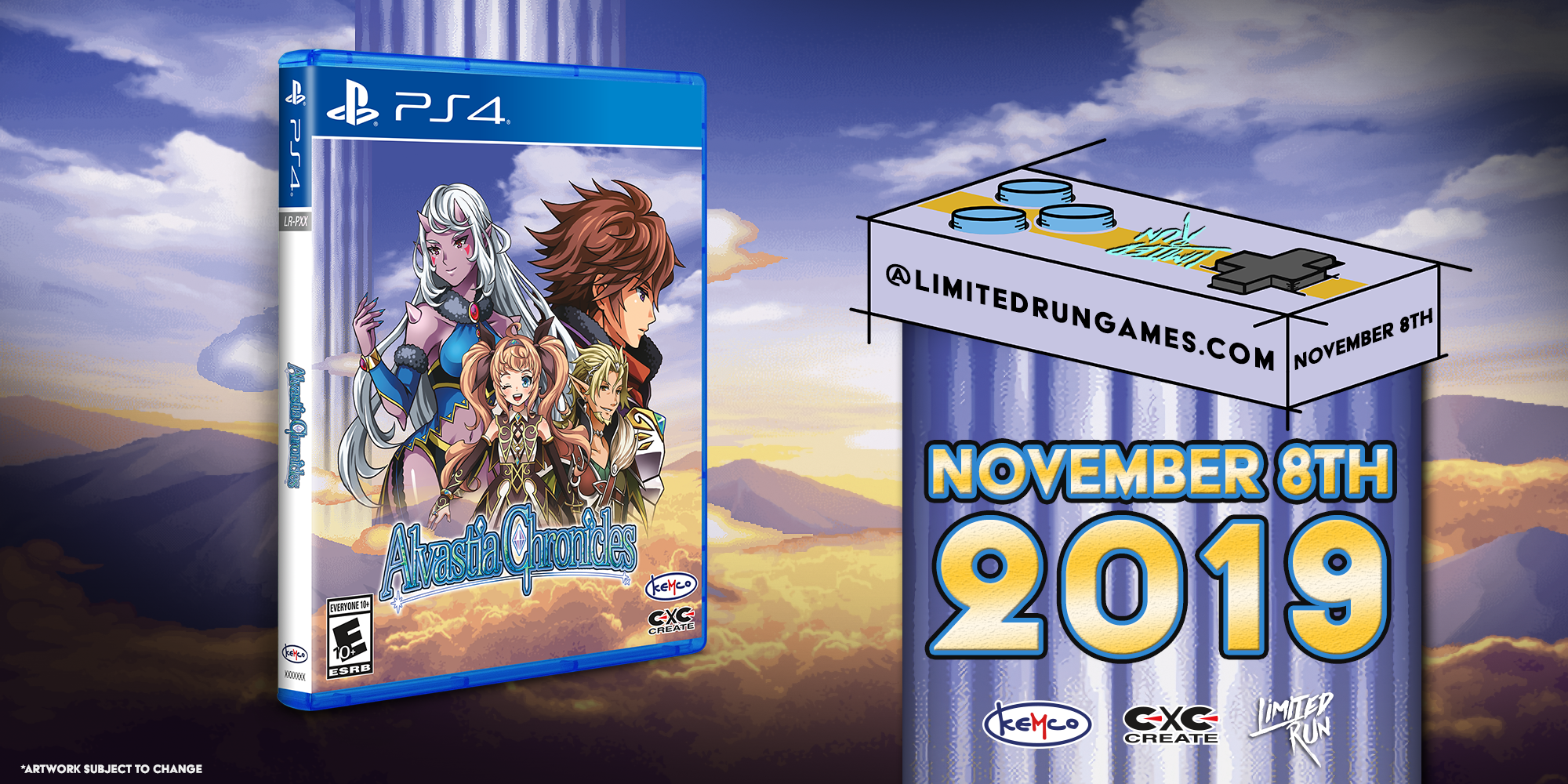